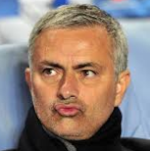 I was gonna post a bit more than a list this year just because I’m starting to feel like lists are pointless. So rather then do that I’m just gonna do a series of posts.

2018 had some great mixes but my favorite was from Eris Drew. Her Motherbeat concept has been talked about elsewhere (google her if you’re curious) so I’ll just focus on the music. She released a single this year called Hold Me (T4T Embrace) which was a throwback kinda song to the early 90s rave era. It was a good song and it fits into a lot of different mix styles so it became a big ‘hit’ in underground dance music. This mix is like an expansion of that song in a way, 1 hour of rave classics mixes with new stuff and enough stylistic changes that it never feels boring. I swear, pick up some Sonic the Hedgehog and put this mix on and if you’re my age you will be taken back to your 90s bedroom real quick. If you’re Yancy, put it on in your Arcade room and turn that room into an arcade from a 90s mall. Enjoy! 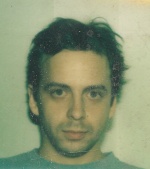 I got a lot more records in 2018 than I have in at least ten years. Work has required quite a bit of travel and considerable downtime, so I've been checking out record stores all over the place. I've also lost my taste for downloading and streaming so what I've been picking up has been mostly previously unheard through computer or phone speakers, which is a better way to experience recorded music, imo. I'm not totally paying attention to new music releases, but I did manage to get some new stuff. I think this is everything I heard from 2018, roughly in order from most favorite to least:


Wurm - Exhumed (reissue. I'd put it in between Alastor and DMBQ if I was ranking it with the real 2018 stuff)

This was decent, albeit a little lazy sounding. Some of their beat/electronic experimentations were novel. There's good songs on it. Overall, a fine release from America's greatest band.
Michael K.

Nick wrote:The Kacey Musgraves album was one of the worst things I listened to in 2018.  I spent a large chunk of the last 6 months listening to 1970s country music so maybe her take on the genre just wasn't in line with what I was interested in.

What are the best country record from that time period? I've always wanted to explore country music but don't know where to start.

His style takes some time to acclimate to - and even then, still lol-worthy at times - but Tyler Mahan Coe's Cocaine and Rhinestones podcast got me on a jag not dissimilar from Nick's last year. Give it a listen, imo, if you're halfway interested in country music or want to be.
Nick

Yea listening to the C&R podcast is what sent me on the 70s country kick.

It’s all pleasant enough and a genre I hadn’t really explored previously but I burned out on it in the past month.

The podcast itself is interesting and Tyler is extremely detailed in each episode. The Rusty Keshaw episode is one of the best single podcasts I’ve ever heard.
reuben 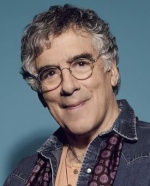 The Judds and Spade Cooley episodes brought me to the dankest depths while mowing the lawn last summer.
Michael K.

^fucking same re: the Cooley ep! Except I was weeding my lawn.

My takeaway country greats, outside of the usual stuff, were: