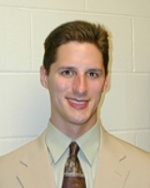 read this one this week:

starting this one today:

got this one in the queue:

Gene Bootcut wrote:Thinking of reading Eric Hobsbawm's Long 19th Century series - The Age of Revolution: Europe 1789 - 1848, The Age of Capital: 1848 - 1875, The Age of Empire: 1875 - 1914 and also The Age of Extremes: The Short Twentieth Century, 1914 - 1991. Probably quite daunting but I've been meaning to read him for years and my interest was further piqued by the excellent LRB documentary that came out yesterday https://www.youtube.com/watch?v=wVQ4dfC34TI

do we have anyone who's read any of them and wants to tell me how brilliant they are?

I read them two or three summers ago. They are excellent. As someone who was educated in the American public schooling system, my historical knowledge is extremely limited. Honestly, I made it through an undergraduate program in the humanities without being able to supply an accurate definition of the basic terms of modern political discourse. His 20th century book (Age of Extremes) is also great, which I read the following year. After I finished reading the whole series, I finally felt like I had a established a pretty solid foundation to actually engage with and think about the world.

So yeah, cannot recommend them enough. Keep in mind that it is a thematic (not narrative) history. It takes a little bit to adjust to his prose as well. The first ten pages are about pre-Revolutionary nutrition and transport and he is very specific because he is trying to demonstrate how epochal the French political and English industrial revolutions were to human history, which had a really significant material impact on the actual lived experience of time and space. But I do remember that my initial reaction to the first chapter of the series was kind of negative because I didn't really understand what he was doing yet. Just stick with him. He will take you where you need to go, basically.

I am actually really envious of the great postwar British intellectual tradition. He was the oldest and the most decorated of the Marxist historians but people like E.P. Thompson and eventually Perry Anderson and the whole NLR milieu have been so important to my political education and intellectual development. There really is no equivalent to them across the pond, unfortunately.
Nick

I’m reading Pynchon’s The Crying of Lot 49. This is fantastic and I’ve enjoyed every page. I read V about 4 years ago and found it exhausting. That took me a long time to finish but Lot 49 is considerably shorter and while Pynchon still requires you to focus on each paragraph or you’ll be lost with his storytelling it pays off by how hilarious he can be.

I don’t know if it will take another extended period of time before I read another Pynchon novel. Always been interested in Gravity’s Rainbow though from what I’ve heard that is quite the challenge.
Sponsored content